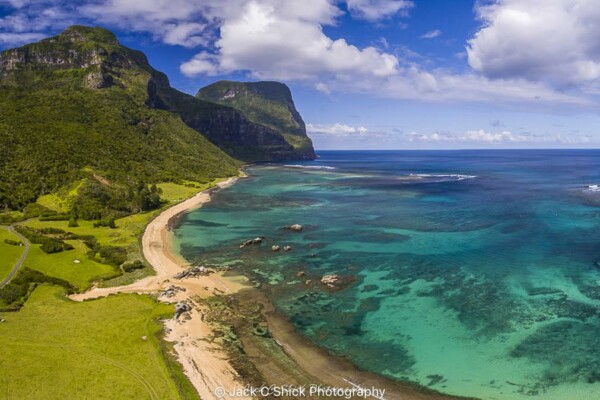 *Orillion’s Pestoff 20R Bait was used for this eradication project

The Invasive Species Council has awarded the Rodent Eradication Project managed by the Lord Howe Island Board with a national Froggatt Award for their efforts controlling rodents on one of Australia’s natural treasures.

The annual awards, named in honour of the Australian entomologist who was a lone voice lobbying against the deliberate release of cane toads in the 1930s, recognise outstanding achievements in Australia’s fight against environmental weeds, diseases and pest animals.

‘While eradication has not been officially declared, there are promising signs it is on track, despite a major setback earlier last year with the detection of breeding rats,’ Invasive Species Council CEO Andrew Cox said.

‘If it is successful, it would be the world’s largest ever eradication of rodents from an inhabited island.’

Mice were accidentally introduced to Lord Howe Island around 1850 and rats later in 1918 as they escaped a sinking ship. They have since been responsible for the extinction of five endemic bird species and at least 13 endemic invertebrate species.

Rats are also responsible for the extinction of two Australian plant species from the island and are recognised as threats to a further 13 bird species, two reptile species, 51 plant species, seven threatened invertebrate species and 12 vegetation communities.

‘I mostly noticed the seeds of plants being eaten and reduced numbers of land birds. Also, my vegetable garden and fruit trees aren’t providing food for rodents any more.’

‘The Rodent Eradication Project began eradicating the ship rat and the house mouse in 2019, following 15 years of planning and research,’ Mr Cox said. ‘The project builds on earlier eradications of feral cats and pigs in the 1980s, feral goats in 1999 and the world’s first eradication of myrtle rust in 2018.’

‘There has been an unbelievable rebound of birds, plants and insects since rodents started being removed in 2019,’ Mr Shick said.

‘Woodhen numbers were at around 250 in 2018. In less than 2 years their numbers are now at about 600 birds. The amount of seedlings from native plants popping through has to be seen to be believed.’

Providence petrels (left) and black-winged petrels (right) are just two of the many native species bouncing back as a result of the rodent eradication project. Photo: Jack C Shick (left), Nicholas Carlile (right)

After a period of about 18 months without detecting rodents, several breeding rats were found in early 2021 which led to a rapid eradication response by the Lord Howe Island Board.

‘With the success of the 2021 response, it was timely to reward the heroic efforts of the eradication team over one and a half decades,’ Mr Cox said.

The eradication project received a Froggatt Award in the control and eradication category.

‘The achievements of the Rodent Eradication Project, in the face of immense technical and social barriers, leave Lord Howe Island on the cusp of exterminating one of its most problematic invasive species,’ Mr Cox said.

‘The eradication project has been a complex team effort drawing on global eradication experts and the local community. It was supported by state and federal government funding and the work of multiple agencies, local staff and volunteers.

‘We recognise in particular the leadership by Andrew Walsh during the pivotal years prior to and during the eradication project and the long-term support provided by Hank Bower.’

‘There’s still a long road ahead. Completing the eradication will require intensive surveillance to officially confirm success and a concerted effort to improve biosecurity on the island to retain its hard-won rodent-free status,’ Mr Cox said.