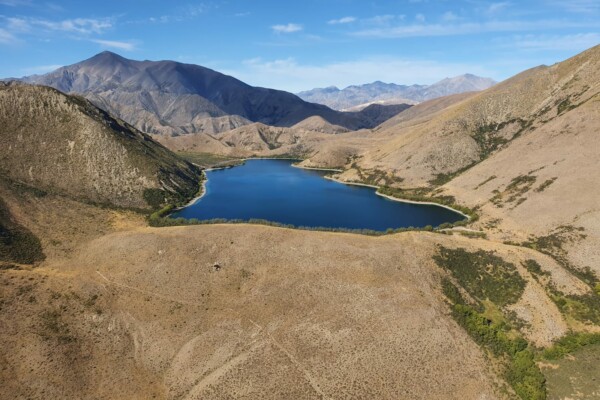 In winter 2021, OSPRI completed two 1080 aerial operations for possum control that covered an area over 70,000 hectares on Molesworth Station.  The goal being to eradicate bovine tuberculosis (TB) from possums in order to keep TB from getting into stock while reducing incidental red deer mortality.  Deer are considered an important resource in this area for recreational hunters by the Game animal Council and New Zealand Deerstalkers Association.  The bait used was Orillion’s Prodeer which is designed as a superior deer repellent bait to protect deer from consuming lethal bait.  A significant aspect of the aerial is that it was in a dryland region where deer are hungry in winter without an abundance of food.

Prior to both aerial operations, possums and feral deer were radio-collared for tracking purposes.  This was undertaken by Manaaki Whenua Landcare Research as part of a trial to evaluate bait efficacy.  Key findings were:

Manaaki Whenua Landcare Research recommended to OSPRI that Prodeer bait should be considered where avoidance of a high risk of deer mortality is operationally important.  They also noted that Prodeer bait was highly effective in deterring red deer from eating 1080 bait.

Orillion is pleased that Prodeer bait performed as expected over this wide area landscape and believes the bait will be integral to operations in the future where deer are considered an important resource.

(Note: extracts above reprinted from Ospri’s website with permission).  To access the full Manaaki Whenua Landcare Research report, this is available on the link to OSPRI’s website here: https://www.ospri.co.nz/assets/ResourcePDFs/Manaaki-Whenua-Landcare-Research-Molesworth-Report-2021.pdf