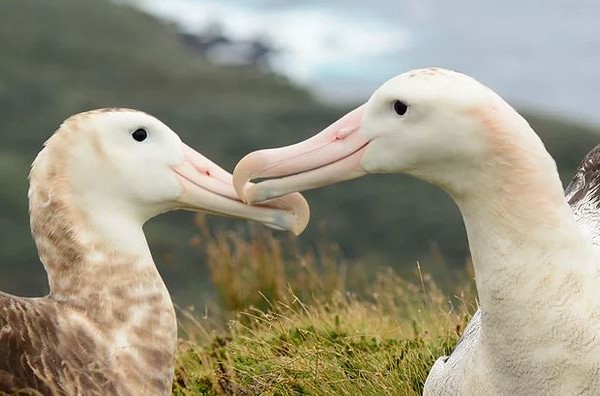 We are proud to be involved in the globally important conservation action to prevent extinctions and restore the full World Heritage Status of Gough Island by eradicating invasive alien mice.

See some stunning footage of the action taking place on Gough Island and hear from Pete McCelland, Operations Manager, who offers an update on the first bait drop.

Gough Island is a remote, uninhabited island in the Tristan da Cunha archipelago, in the South Atlantic Ocean, more than 1,500 miles from Cape Town. Naturally free of land predators Gough has been an idyllic nesting ground relied upon by millions of seabirds including many who breed almost nowhere else. Its importance for threatened species and sites of outstanding universal value earned Gough World Heritage Site status in 1995 and Important Bird Area status in 2013.

Mice were accidentally introduced to the island, most probably by sailors during the 19th Century. Since arriving on Gough they have learnt to exploit all available food sources on the island, including seabirds. Video cameras reveal how the mice eat the flesh of seabird chicks. Tristan albatross chicks weigh up to 10kg, but open wounds inflicted over successive nights frequently lead to their deaths. Mice are now starting to attack adult seabirds too. The loss of adult birds adds even greater urgency to this extinction prevention project.

The solution is relatively straightforward – eradicate the mice – though the operation to do this is logistically complex, mainly because of the island’s remoteness, tough terrain, and harsh weather conditions.

You can view more information here: